As promised...today we start the series on Builder Base level 6 base designs.  BH6 introduces a few more structures and walls, finally providing enough mass for us to have a few decent base designs to play with.  This two part series will look at 14 base designs that are commonly used at BH6 and popular throughout the upper trophy ranks.

In Part 1, we're going to talk box base designs.  This includes pretty much any base that is in the shape of a box.  I've used all of these at one time or another and I like to switch things up here and there.  (The benefit of having 8 games running at BH6.)

1) The Original Brackets Base 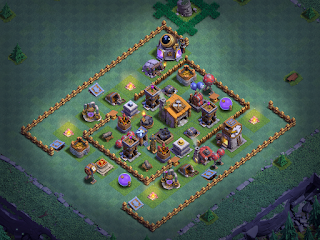 This is the original version of the Brackets Base we all know and despise.  There are a few variants of this base - typically moving the core about a bit - but one thing they all have in common - openings at either end and in the middle sides, with the latter guarded by Crushers and FireCrackers.  Having the FireCrackers right next to the Crushers helps to take down your Battle Machine which will inevitably wander along one side or t'other.

2) The New Brackets Base 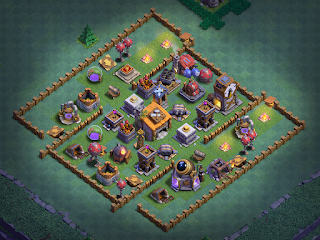 The more evolved version of the Brackets Base keeps much the same structure and pathing but shifts the sides just enough to change up how ground troops move through the base.  It also adds a well ranged cannon to the middle sides that helps with troops pounding on the side walls and/or Sneaky Archer attacks.

3) The Boxed Brackets Base 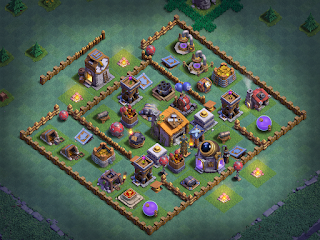 The Boxed Brackets Base is similar to other Brackets bases but closes off one end and shifts the openings in the sides down a bit.

4) The Boxed Inlets Base 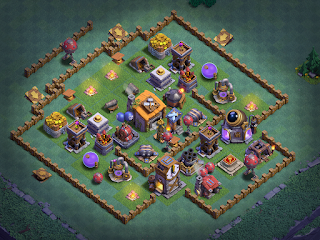 Boxed Inlets is a box base closed at the top, open at the bottom, and with pathing that takes troops around the sides of the core where they'll be fired upon by defenses in the core. 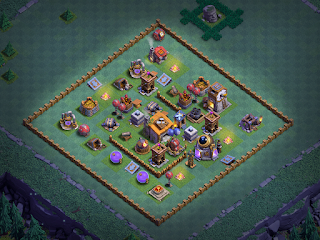 Lithium is so named by the "L" and "i" that surround the core, making it look like its namesake's periodic table entry.  This base is not as commonly used in the upper rankings anymore as it ran its course and most players know how to beat it.  It still pops up periodically in the lower ranks though. 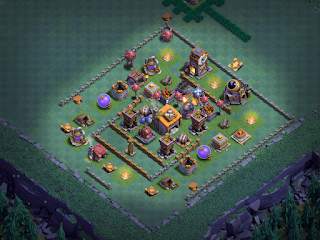 The Meta Base was an early BH6 favorite and you'll still see it from time to time.  Some of the same pathing used in the Brackets bases comes from this base design.  It's particularly good at sending the Battle Machine all over the place. 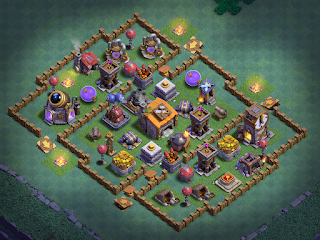 The Funnel Base is great at pathing troops side to side, top to bottom, and vice-versa.  Its openings lead troops to strong, key defenses that will take them out quickly.  Many players will use Bombers to work their way into this base, but once inside, it often takes their troops a direction they did not anticipate going.

That's it for Part 1.  Click on the pics to see larger versions.  Part 2 will provide 6 diamond shaped bases.  If you're more of a video person, check out the video HERE.