So…today, SuperCell finally published the much awaited Community Q&A.  The forum community submitted a gazillion questions to the Clash dev team and they chose the top 15 to answer.  They ran 5 in a video with Darian, the community manager, and our very own LachnessMeowster, moderator extraordinaire from down under!  Some other topics were discussed on the forum in the form of just written Q&A responses, including the Builder Base.

Unfortunately, this Q&A did not bring a whole lot of new information or teasers - and that was a bit of a disappointment.  However, we did get a few tidbits, including some additional insight to the minds of the Clash dev team.

First, let’s talk a bit about the video.

The first question they discussed was the 3-star rate on the Home Village and the response was that it WAS too hard to do well on TH10+ bases and this was thought to be why there were so many perma-TH9s.  And this makes sense - TH10 has been a real bear to 3-star or even get a decent 2-star against for a while, and the same could be said of TH11.  They wanted to keep things fun - especially with TH12 coming at the time - and they think they’ve achieved that with the introduction of Siege Machines.

This makes sense and shows why they decided to put Siege Machines in as something that TH10 and higher CCs can hold.  That said, Darian went on to say they really didn’t want them to be too cheap and easy to throw around, so they’re satisfied with the training time and cost for now.  (Bummer!)

The next question centered on the longevity of Clash of Clans.  Honestly, I don’t know why people keep asking this and talking about the game like it is going to just cease to exist any day now.  Darian confrimed there are literally tens of millions of people playing CoC every single day and that they’ll continue producing and supporting the game so long as people want to play it.

Naturally…this took the conversation into the realm of new content.  We’ve seen a lot of new content in the last year or so, and SC acknowledged that the 2.5 year drought we went through was WAY too long.  Darian said there’s lots of new content coming down the pike with one, possibly two content releases coming this year.

The next big content release is going to be the Clan War Leagues.  Not a lot was said here, but he did mention that it would be more skills based and that higher TH levels would have the advantage.

On the top of end-game content, there’s not much to be added in end-game-exclusives, although they do tinker a bit with Clan Games challenges that are geared more to the higher level players (as well as those that go for lower level players).  When you think of it, though, end-game content is really the next TH level and that’s exactly what we JUST got with Th12, Siege Machines, and the ElectroDragon.  He expects there will be more such content in the future as the game continues to grow, in the form of new TH levels, new troops, new heroes, and so forth.

Darian also mentioned that they were looking at additional single player content.

The big question that we all keep asking around the top end of play though - what’s up with the cloud solution???

SC believes they have a solution to this one and during the first half of 2019, this big cloud solution gets the focus.

The problem is that there’s more attacking than there are bases available.  This makes sense, of course - after every attack, you’re going to get a shield, after all, and that means you can’t be attacked for a while.  Clouding is worst at the top of the chart so that’s where they’re placing the greatest attention, specifically Legends League.  Darian did say the solution is NOT a PvP system but he went on to say they want to make sure anyone in the top league has the opportunity to carry out the same number of attacks each day as others.  This suggests some kind of limit to the number of attacks players will get each day.  In the forum discussion of the Q&A, Lach mentioned that he had a chance to hear a bit more about this new fangled solution and felt it was a move in the right direction.  (That’s good to hear.)

Revenge attacks also came up because, let’s face it, most bases are under a shield and not able to be attacked (same as clouds).  They’re working on some ideas around that one too because, hey - who doesn’t want to get a little payback after a big raid?!  Related to Friendly challenges though, don’t expect any changes - cool downs aren’t going anywhere (it would be bad for the competitive community).

On the Builder Base, BH9 came up briefly as well.  The words used here were, “early white boarding design stages”.  There’s been a lot of clickbait videos going up lately on YouTube, encouraging significant speculation that a BH9 release is just around the corner.  Although Darian said BH levels are relatively easy to assemble and release, he also said Clan War Leagues is the next big release and there may be some more, minor content after that.  BH9 is still being white boarded and with us just about to hit October…nah, a 2018 release of BH9 just doesn’t sound likely.  However, he did say BH9 *MIGHT* come before the clouding solution, so that again supports the belief we’ll see it in 2019-Q1 or early in 2019-Q2.  Still…it’s nothing concrete any way.

On the season reset topic…don’t look for 5000 anytime soon.  SC feels 5000 is too high, 3000 is too low, and that 4000 is just right.  Likewise, Darian reaffirmed SC’s commitment to the BB following its own evolution, so BB wars does not look to be in our future.  They recognize much more can be done with the BB beyond the realtime PvP we have today, and they want the two bases to remain linked through things such as the Gear-Ups.

The response on the question of eliminating the delays to attacking were a bit more coy.  SC thinks the time investment gives a greater sense of accomplishment and achievement, and are concerned that if troops were available immediately then the next request would be to make it so on the Home Village.  They want things to take less time on the BB, but to maintain the sense of investment.

The only other thing of any real interest from the forum posting related to clans themselves.  There’s a section talking about managing the balance between high and low level clans, increasing the size of clans, and clan perks.  There’s a delicate balance between the big clans (40+ members) and smaller clans (5-25/30).  They want to improve clans, but they don’t think increasing clan sizes is part of that package.  Additional clan perks that don’t penalize smaller clans or make clan wars uncompetitive are on the discussion board as is a system that bridges allied/sister clans.  These kinds of things are after cloud solutions are put in place, though.

So…not a lot of details here, but some good information nonetheless.  The most important takeaway, IMNSHO, is that we have lots more content on its way, a solution to clouds is very near, and the health of the game is good!

Be sure to visit my YouTube channel for lots more content, replays, strategies, and discussion on Clash of Clans! 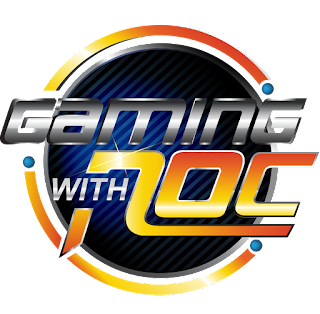